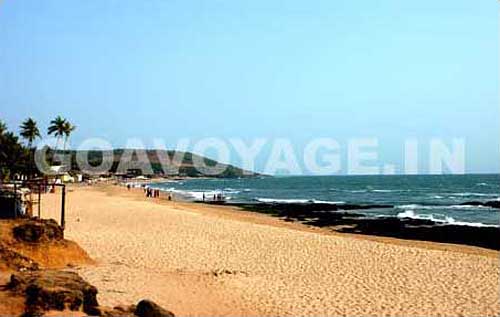 A view over Anjuna Beach

We went to visit Anjuna beach in the end of April 2010, the time of year when the restaurants, bars and beach shacks are about to close, so Anjuna beach appears on these pictures to be quiet, but during the tourist season, october to end of march, it’s really a very active place, and the beach which is not a very broad, even if it is a long one, becomes crowded fast.
Anjuna used to be the spot of hippies in the 60’s and 70’s, but now, you hardly see them, they have moved in some more quiet places in Maharastra for example. 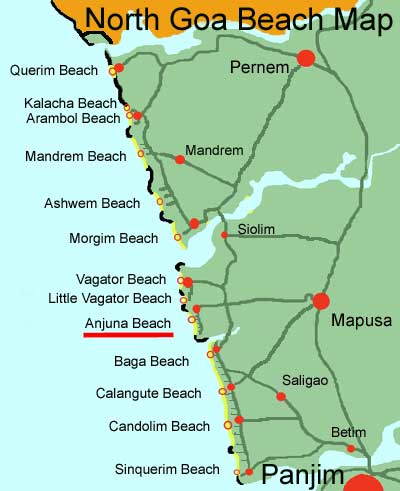 As almost all the beaches of Goa, Anjuna beach is facing west, and everyday, during your stay you can enjoy wonderful and various sunsets. The beach is about 1,5 km long (a bit less than 1 mile).

Now, let’s look at some pictures of Anjuna beach and its village! 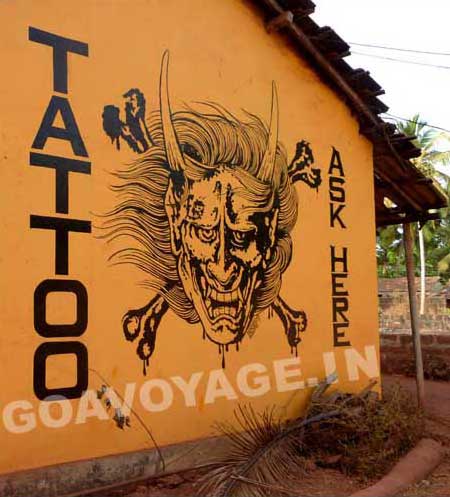 A tattoo advertising wall, most probably about the famous Andy’s tattoo studio 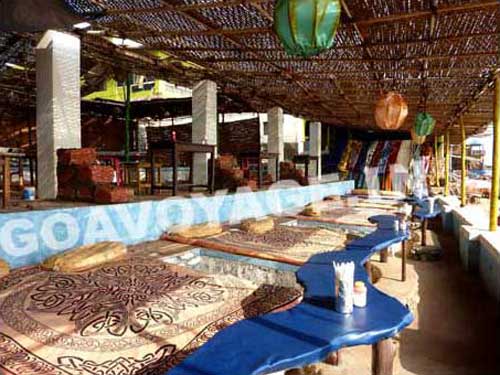 Inside an Anjuna beach bar restaurant: you can lie down sipping your drink, gazing at the beach life. 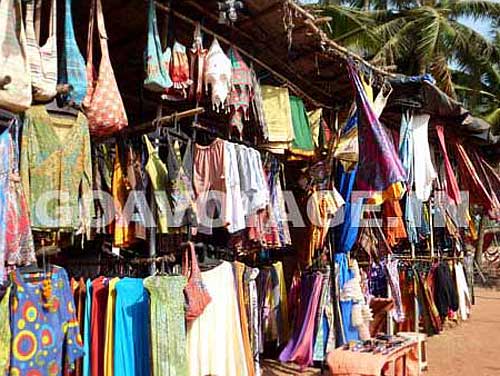 plenty of clothes stalls in Anjuna: better learn how to haggle! 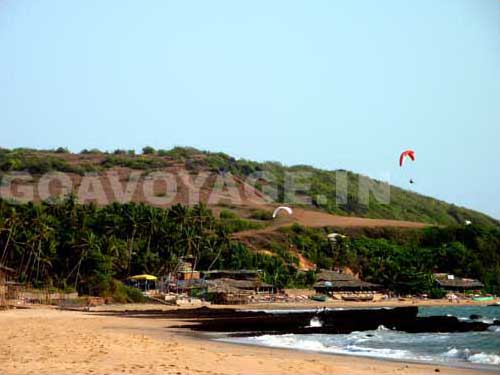 And also paragliding in the south of Anjuna Beach. 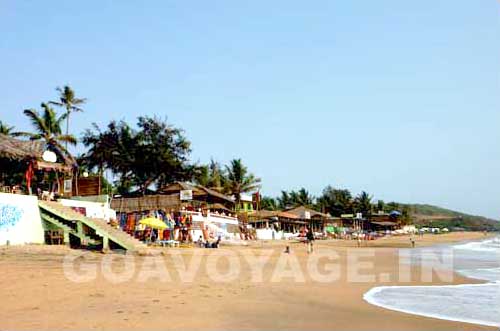 Line of bar restaurants, and shacks all along Anjuna Beach. 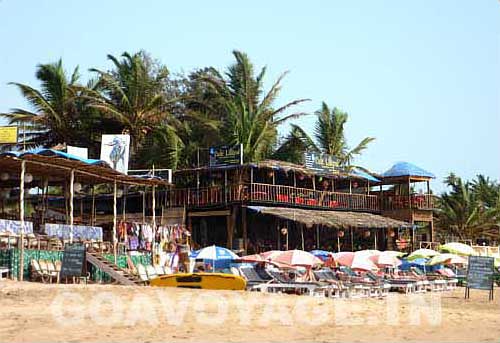 A closer view to some of them. 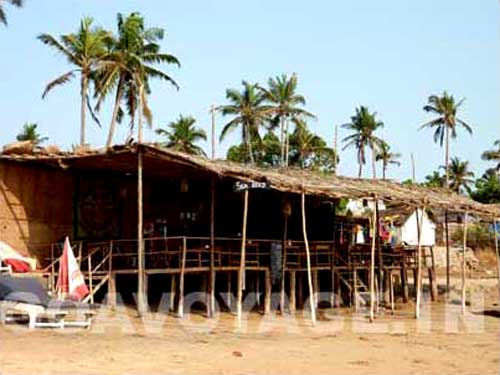 A real beach shack. They are dismantled during the off season. 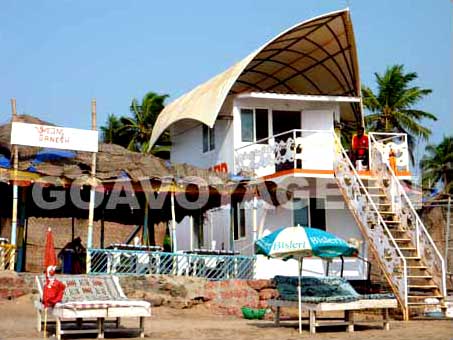 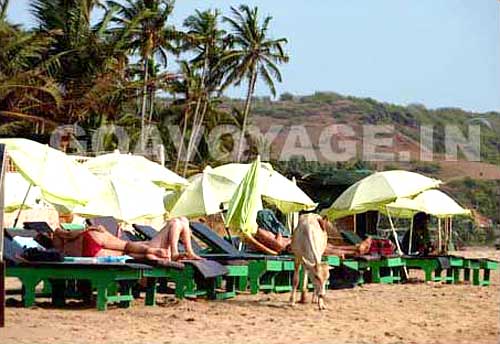 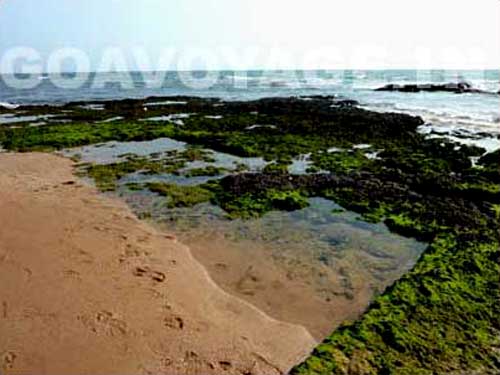 Flat rocks by the shore on the north part of the beach. 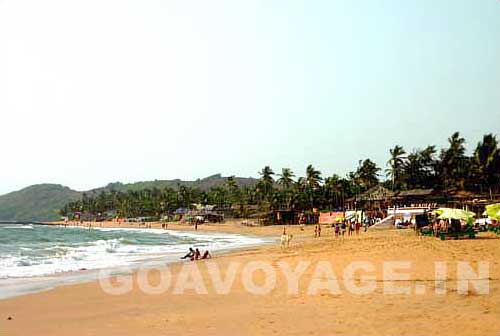 A view over the beach from the south. 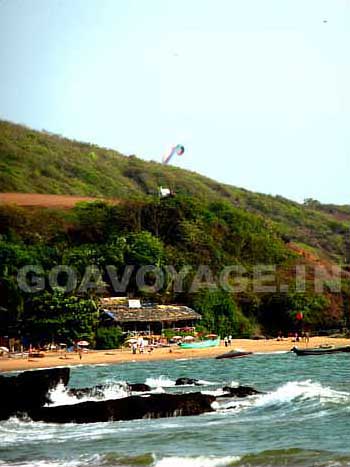 Another pict of paragliders in the south part of the beach.

More pictures of Anjuna, on the village side this time. 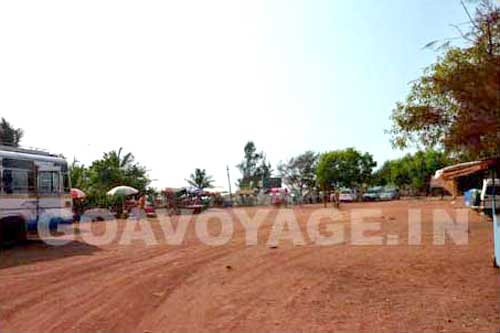 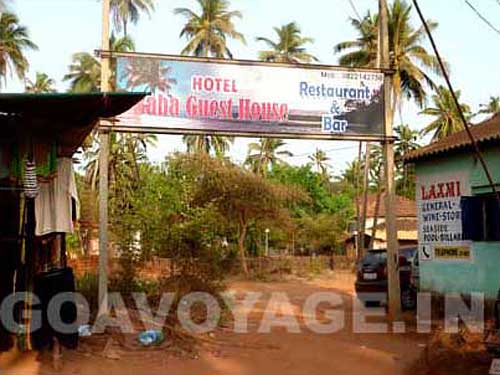 Lane leading to the back-side of the village. 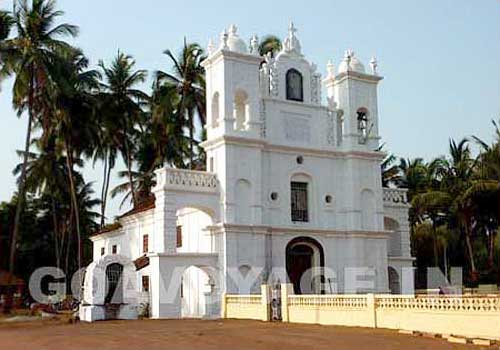 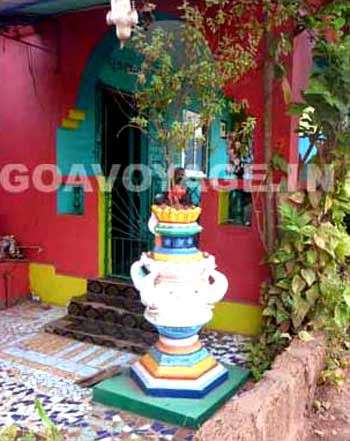 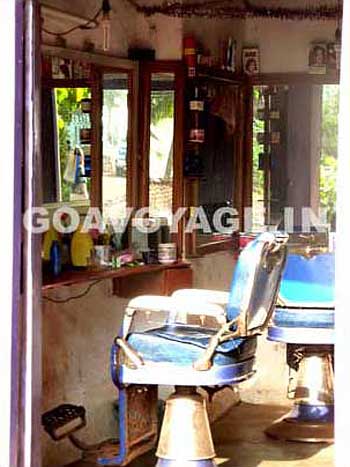 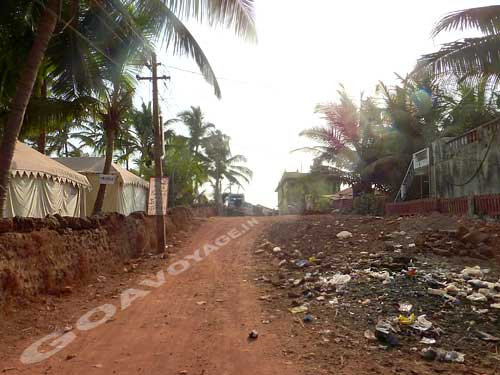 Behind the beach, the garbage! 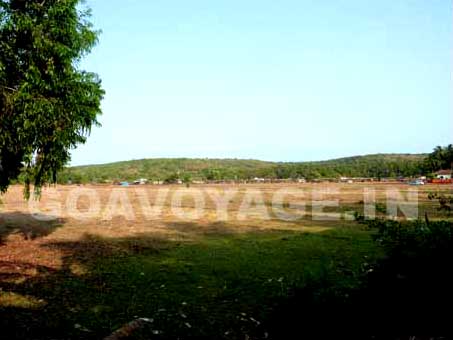 The flea market of Anjuna is located behind the beach, on a large ground.

Now, some various views of Anjuna. 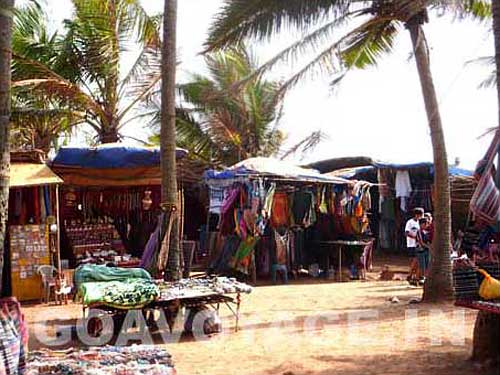 Plenty of stalls in Anjuna. 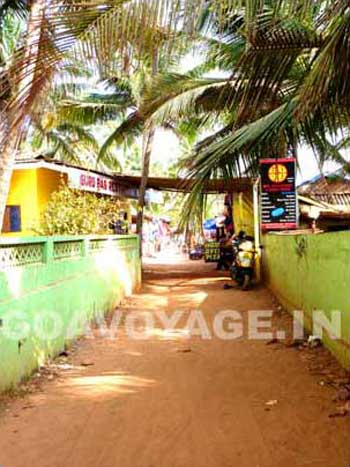 A street of Anjuna. 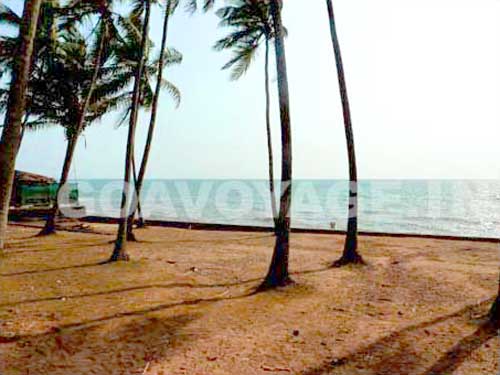 An esplanade by the sea in Anjuna. 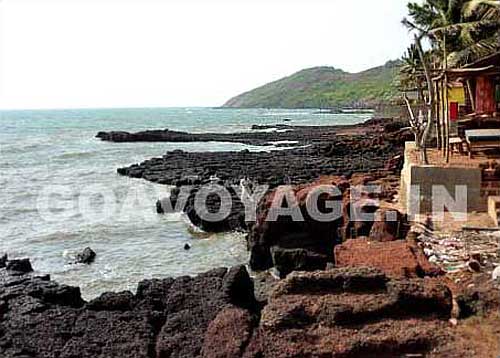 The rocky north coast of Anjuna. 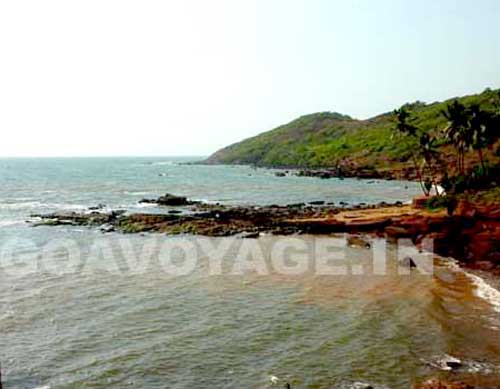 The north part of Anjuna. 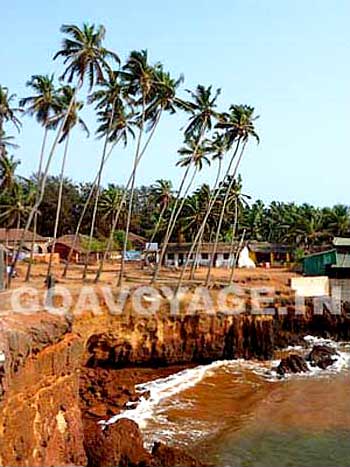 Battle between the sea and the land. 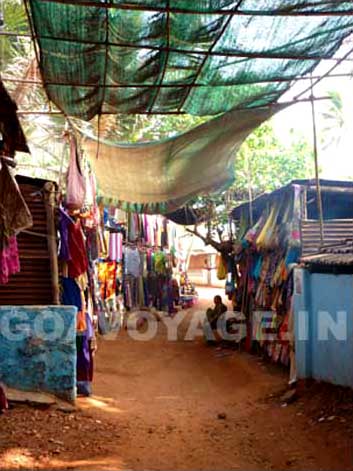 A lane full of shops.

Return  to
Beaches In Goa, India, A Travel Guide, to see all the maps and to get advice to post your pictures.