We have lived in Betul for one year many years ago, and we used to go quite often to this beach. So, I know it well. The first thing I can say is that the view from the top of the hill leading to the beach is stunning, as you can see in the picture below. 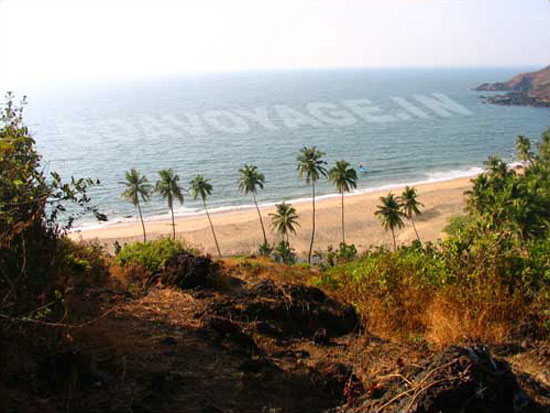 View over Betul beach from the top of the hill. 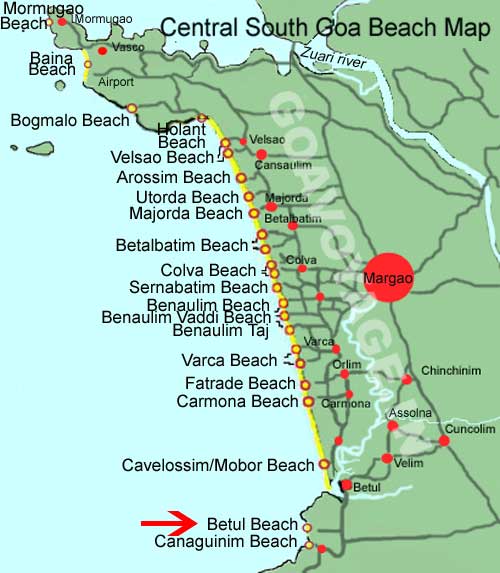 But before going into details, let’s talk about the location of the beach. It’s a beach of central South Goa, of about half kilometer long. The closest village to the beach is Betul, about 2 km away.
Its access is not easy and you have two ways to go to the beach. A steep one, from the top of the cliff, or a relatively smooth track in the bushes, but longer.
Now let’s look at some of the views of the beach. 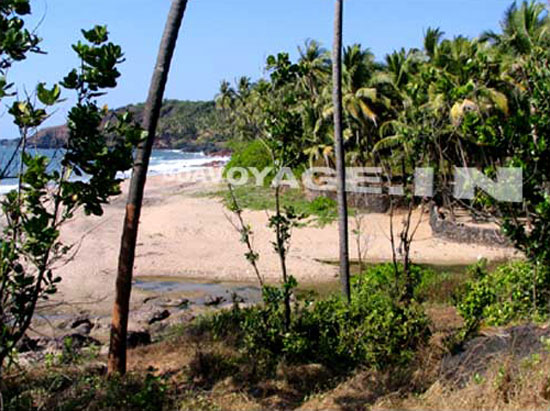 The view when you have almost reached down the beach. 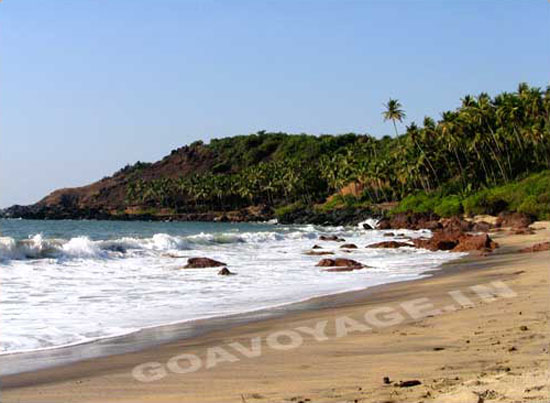 North view of the beach.

Betul beach is a cove, and both sides of it are rocky. Also, there’s a kind of slope going into the sea, so you can have fun in the waves here. 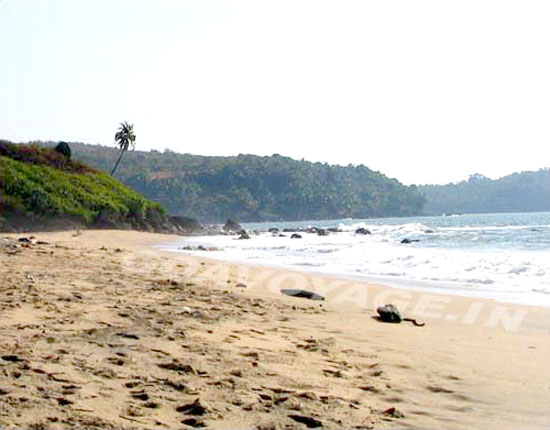 South view of the beach.

Looks empty, isn’t it? And actually it usually is during the working days. But when the weekend comes, you can have quite a lot of people here.
You have families coming and spending the whole day here, having lunch in the shade of the coconut grove.
You can also have buses coming from I don’t know where, with only men who come here to spend the day.
And you also have tourists coming by boat, from the hotels around, having picnic here. And all of these people, unfortunately, leave their garbage behind them.
Now, the beach can look idyllic when you look at these pictures, but there’s a real garbage problem in Betul beach. And apparently, nobody cares!
The access being difficult, nobody living here, and people being irresponsible, you have here plastic and party left-overs spread a bit everywhere, that are only washed away by the monsoon sea every year! But most of the beaches of Goa are cleaned regularly.

Update 2015: I don’t know if the beach is cleaner these days than some years back. Could be! If anybody knows you can leave a message down …

I know, I sound a bit bitter about this garbage problem, but it’s a big one in Goa. Many goan people are upset too, everyday you can read it in the newspapers, but things are nevertheless improving slowly.
The problem will be solved from 2 sides: one will come from the people changing their bad habit of throwing things everywhere, and the other from the government putting in place a real garbage system.
Anyway, in spite of that, Betul beach is worth coming. So, don’t hesitate!

I remember having spent here moments when I had the feeling to be on a desert island: no shacks, no shops nor restaurants, only nature, with eagles turning in circle in the sky, monkeys playing in the hills around, and not a soul most of the time.
Now, some more pictures of Betul beach. 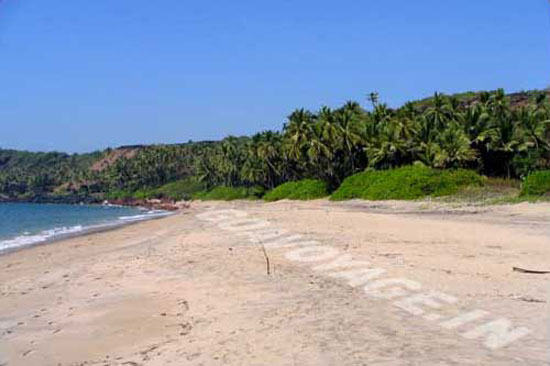 View over the north part of the beach. 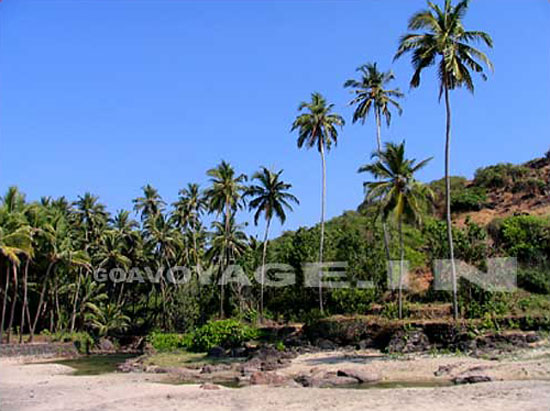 A view of the land side of the beach where the river ends. 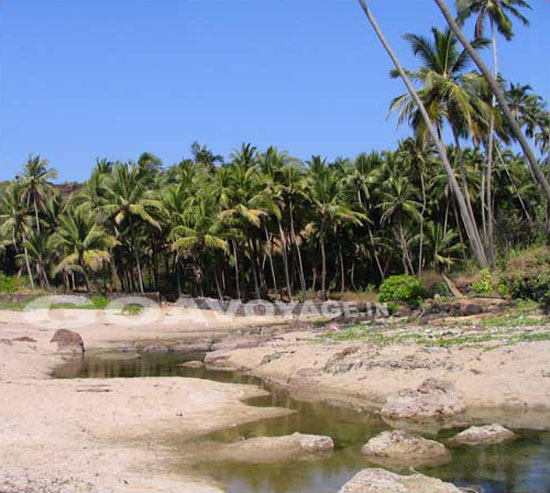 Another view of the land near the beach with, in the background, the coconut grove where are some storehouses not visible on the picture, and in the foreground, the end of the river.

HOW TO GET TO BETUL BEACH?

As I mentionned in the previous page, Betul beach access is difficult and you have to walk down from 10 to 15 mn to get there. Now, the road that leads to the beach is on a plateau about 2 km after the bridge at the end of Betul village. After leaving Betul village, the road is uphill, and then go down a bit, and there you have many houses along the road. Look for the last house on the right, with the name: God’s gift, and just after or before if you come from the south, is the track leading to the beach. Go straight to the west where the track stops. Then you have to go down to the beach on foot. There are 2 ways, the steep one, west direction, and the longer, but with a gentle slope, on the right side. Anyhow, it’s good exercise!