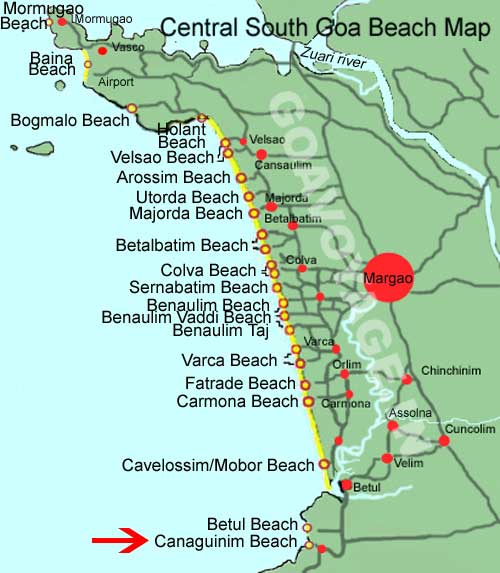 Unlike Betul, which access is difficult and therefore where nobody lives, the access to Canaguinim beach is easy and you have people living there. Speak a few words of Konkani, the local language, like “Deu bore korunc” (thank you, but which means litterally: May God keep you safe, or right. Deu is God in Portuguese, bore is good, and korunc is to do, action verb) or “Mache” (Please), and they will really appreciate! Wherever you go in the world, people always like when non local people make the effort to speak a bit of their language.
You can see some beautiful old indo-portuguese houses perched on the side of the hill on the way to the beach. There’s also a small bar where you can have some refreshments. But it is definitely not a touristic place, and you won’t find here any tourist attraction.
Let’s look at some views of Canaguinim beach: 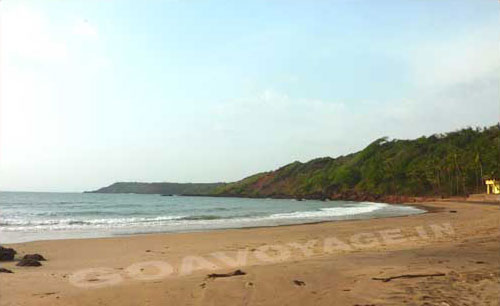 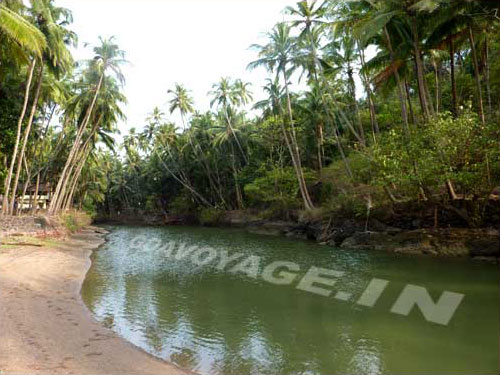 There’s a river ending up in the South part of Canaguinim, and it’s a pure delight to bath in it, as in Cola. The water is cool and refreshing. 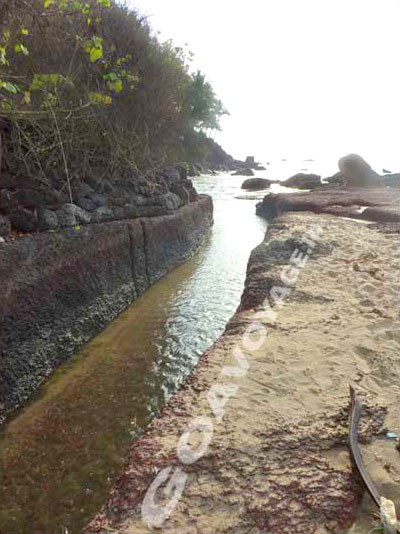 The river ends as a canal. 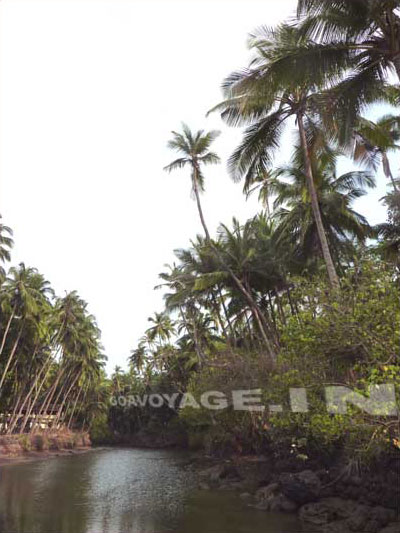 Another view over the river, lined up with coconut trees.

At the end of where the river flows there’s a charming little creek, south of the main beach. 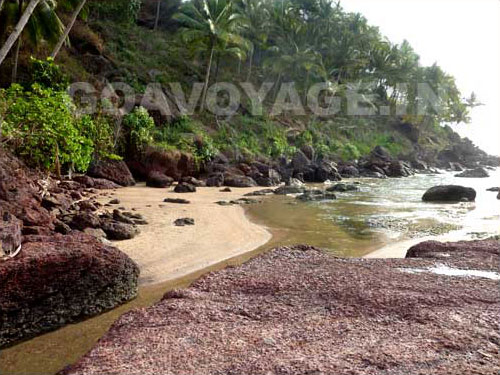 The small creek where the river flows.

We had a bath in the flow of the river, and it’s really great! Very good also to rinse the sea water out after a swim in the sea. 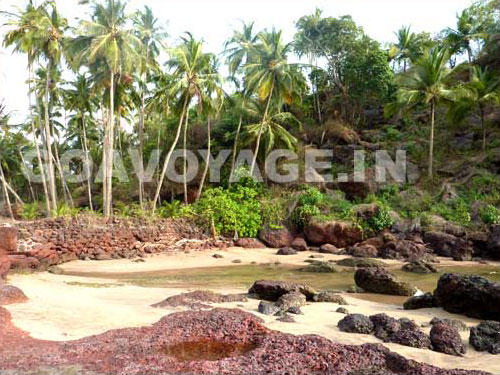 A view of the tiny creek. 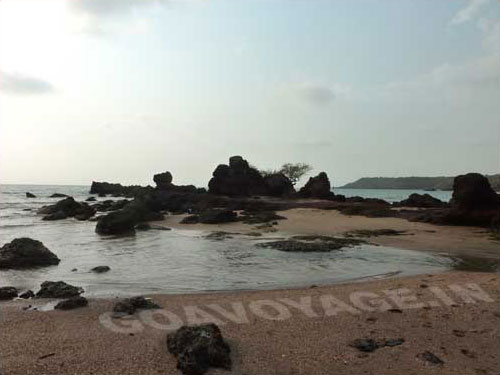 A view from the creek. 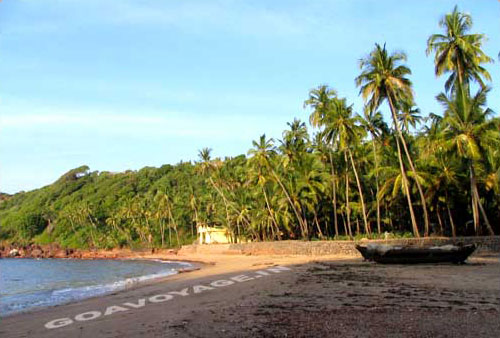 A view over the main beach. 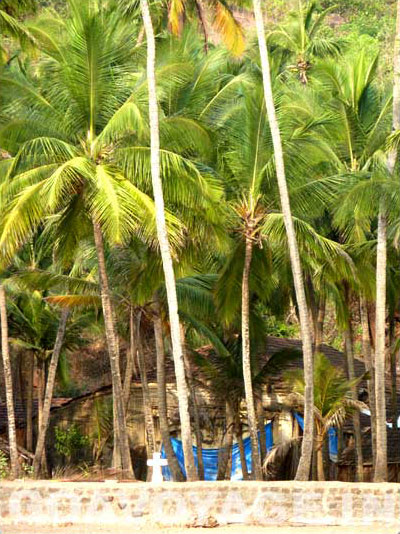 A catholic cross by the beach and a beautiful coconut grove. 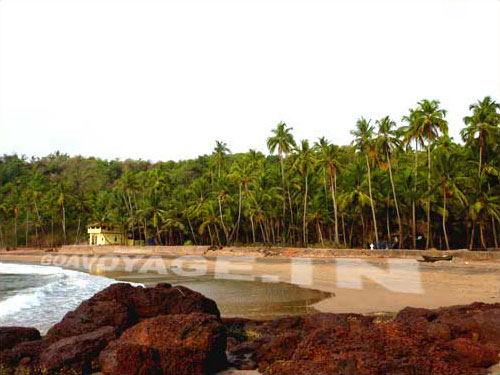 A overall view of the beach and the coconut grove behind it.

HOW TO GET TO CANAGUINIM BEACH?

First, if you come from the north, follow the indications of “How to get to Betul beach”, and once on the plateau, instead of turning right to go to Betul beach, go straight on the plateau till you reach a T junction. The left side of the road leads to the highway, and the right side of it is the way to Canaguinim Beach: this is the road between the coast and the highway, and it leads to Cabo de Rama, Cola Beaches, Agonda, Palolem, Colomb, Patnem and Rajbagh.
So, soon after turning right, take the left turn of the road going down the valley. There’s a big U turn a bit further, then the road turns left, and there you are, in Canaguinim, a small village nested in the trees at the bottom of the valley. The turn to the beach is just after the first small bridge on your right. You have to park your car there and then go on foot on a flat land for about 100 m to reach the beach, but if you have a scooter, you can reach the beach with it.
If you come from the south, from the road between the highway and the coast, after the Cabo de Rama junction, go straight. The road will go uphill, then you go through a plateau, and then go down to the Canaguinim valley. The turn is just before the last bridge on the left.