Where to choose an accommodation in Goa? North or South Goa? Whether you choose North Goa or South Goa, you will certainly enjoy your time here. In both areas you will find beautiful beaches, wonderful landscapes, an amazing architecture, and an incredible mix of cultures.
What will help you decide where to stay in Goa will be the kind of atmosphere you are looking for.

In the interior of Goa, life is peaceful in both parts, north and south.

But in the coastal area, it is different. Overall, North Goa is busier and more crowded than South Goa. This is partly due to the fact that the northern part is smaller, closer to the capital, Panjim (or Panaji), and also because tourism first developed in North Goa. And it first developped in North Goa, because the South has not been easily accessible till the eighties, with the building of the Zuari bridge.
North Goa is associated with the trance Goan parties, hippies of the 70’s and now mass tourism. The cost of living is also higher in the northern tourist areas, though in both north and south you find expensive and cheap places, but nowdays (2015) Goa has become an expensive place compared to 10 years ago. 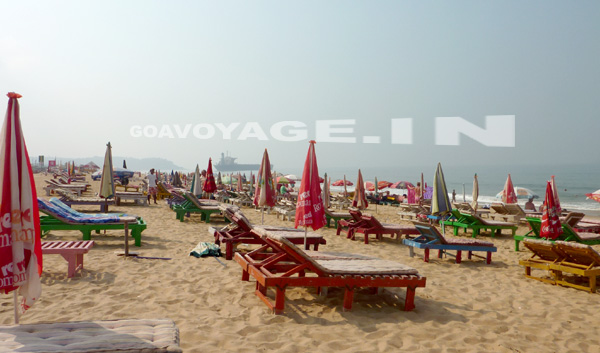 A North Goa beach during the high season: Candolim.

A South Goa beach during the high season and its empty space.

South Goa is synonymous with a more peaceful tourism due to its huge 26 km beach which won’t be crowded anytime soon. And that’s because of this wonderful beach that there are so many 5 star hotels in the south.

So, if you’re looking for goan parties, goan night clubs, crowd, shopping… go to North Goa, even though there are also beach parties and night clubs in the south, but much less. 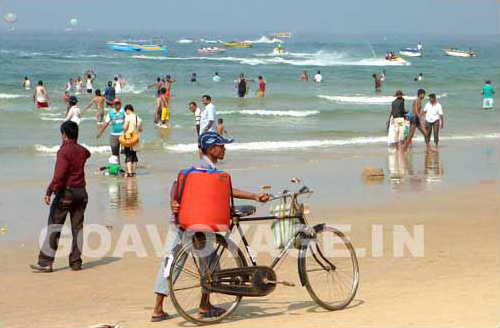 Calangule crowd during the high season in North Goa. 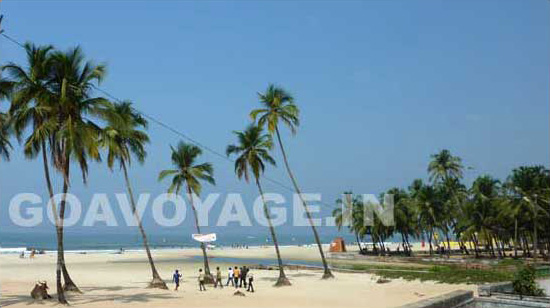 Colva beach in South Goa: a good compromise between an active beach life and peace!

BUT, But, but… Of course, you can still find some peaceful places in the north, like in Mandrem, Ashwem or Querim, and busy ones in the south, like in Palolem, but overall this is the situation.

You’ll learn more about the specific places in the Beaches section.

So, now that you have an idea of the differences between North and South Goa, let’s see some other points to take into consideration before choosing where to stay: